The Elder Scrolls Comes to the Tabletop, and Agatha Christie Brings Death to Family Fun 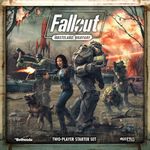 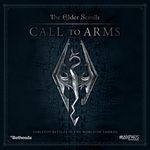 • UK publisher Modiphius Entertainment has announced the December 2019 release of The Elder Scrolls: Call to Arms, with the setting being based on The Elder Scrolls video game franchise from Bethesda Game Studios and the mechanisms of the game originating from Modiphius’s Fallout: Wasteland Warfare game system as reworked by Mark Latham. An overview:

The game features scenarios ranging from dungeon delves in which you seek out lost treasure, to running battles across the ruined outposts that dot the landscape of Tamriel, all the while fulfilling quests and narrative-driven scenario objectives that will see your band of heroes grow from game to game. Will you claim the ruined fort as yours and build your own settlement, or wander the countryside clearing out foul ruins of the stench of your enemies?

Players can play against each other or team up (or play solo) to take on all manner of creatures and adversaries driven by an advanced AI system along the lines of the one in Fallout: Wasteland Warfare’. In addition to controlling troops, you need to manage the stamina and Magicka resources your characters bring to the table, all the while watching out for hostile AI-driven enemies and narrative events that can change the flow of battle.

The game features 32mm resin figures of heroes familiar to those who know the video games: Hadvar, Ralof, Yrsarald Thrice-Pierced, Marcurio, Mjoll the Lioness, Ulfric Stormcloak, Galmar Stone-Fist, General Tullius, and Lydia.
Modiphius Entertainment plans to demo The Elder Scrolls: Call to Arms at UK Games Expo 2019, in addition to selling an advance Dragonborn miniature (which will also be available at Gen Con 2019, then within a planned set). The first wave of releases for the game in Dec. 2019 will consist of a two-player starter set, a Dragonborn single player set, and reinforcement sets of resin miniatures for both the Stormcloaks and the Imperial Army. Many more races and characters, not to mention accessories such as metal tokens, deluxe dice bags, and settlement journals, are planned. IGN has more details about the gameplay and figures included in the starter set.

• A far different licensed property forms the basis for another Dec. 2019 release from Modiphius Entertainment: Tomas Rawlings‘ 2-6 player card game Agatha Christie: Death on the Cards. The game description is sparse for now, but Modiphius plans to demo the game at UKGE, Gen Con, and SPIEL, so you can learn more there:

In Agatha Christie: Death on the Cards, which consists of a deck of eighty cards, players work co-operatively to solve a murder, using their detective skills to unmask the culprit and prevent their escape. The twist is that one of the players is the murderer and must work against the group to keep themselves hidden. Players also have dark secrets from their past they want to keep hidden from the other players. Who can you trust? 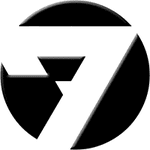 • Here’s an old item just rediscovered: In the category of “haven’t we been here before”, in September 2018 U.S. Shinobi 7 — which specializes in branded products — announced that it had reached a licensing deal for tabletop games based on Robert E. Howard’s Conan. Here’s an excerpt from the press release:

The first game will be a big box miniature game that will launch on Kickstarter and will be available in retail; the second game will be a direct-to-retail card game.

The miniature game, slated to launch on Kickstarter in the first half of 2019, will feature highly-detailed sculpts of not only Conan, but other well-known characters from his world as well. A retail version of the game is scheduled for an early 2020 release.
​
The card game will be available in retail channels in 2019, and will allow players to take control of their favorite Conan characters and confront other players in a quest for glory. Further details about components, pricing, and release date will be forthcoming.

Tags: elder, game, other, players, scrolls, their, which, your

Spread the loveby W. Eric Martin • Incubation is the first title from designer Carl Brière, founder of publisher Synapses Games, and this 2-5 player game will be released in

Spread the loveby Wat This is the story of a nice story, one of those that should never end, such as a Ken Follett book or an HBO episode. I